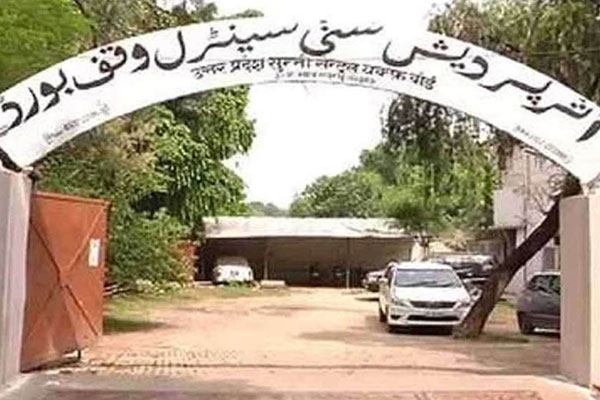 Mosque, hospital, library and research center on the allotted 5-acres in the Ayodhya verdict The Uttar Pradesh Sunni Central Waqf Board has decided that the five acres of land will be used to build a mosque, an Indo- Islamic research centre, a hospital and a library.
https://mail.wishesh.com/ 25 Feb, 2020 25 Feb, 2020

Mosque, hospital, library and research center on the allotted 5-acres in the Ayodhya verdictTop Stories

The Uttar Pradesh Sunni Central Waqf Board has made a decision on Monday regarding the five acres of land that has been allotted by the government of Uttar Pradesh as per the verdict given by the Supreme Court in the Ayodhya case.

It has been decided by the Uttar Pradesh Sunni Central Waqf Board that the five acres of land will be used to build a mosque, an Indo- Islamic research centre, a hospital and a library.

After a meeting of the Waqf board in Lucknow which had been organized for taking a call on the land that has been proposed at the Dhannipur village in the Sohawal area of Ayodhya which is said to be at a distance of about 20 kilo meters from the district headquarters on the Ayodhya- Lucknow highway.

Zufar Ahmad Faruqi who is the chairperson has told the newspapers, on Monday that the decision to accept the land which is located in the Raunahi village and which is under Sohawal tehsil in the district of Ayodhya, has been taken by the Board.

He had added saying that , “The trust will soon be constituted and the names of its office-bearers will be shared with the media.” he added saying that the name that whether the mosque would be named after Babri Masjit or not is still not decided and the decisions would be made after a trust would be formed.

The chairperson Faruqi has added saying that the board was satisfied with the lad that has been allotted as there is sizeable population of the Muslim community in the area. “This will ensure the mosque’s safety and no further disputes arise. The size of the mosque will be decided according the local requirement,” he has said.

Zufar Ahmad Faruqi has added saying that the formation of the trust would be made soon and the names of the office bearers would then be share with the media.

However, the meeting has not been attended by two of the eight members of the Board and the two members who were absent for the board meeting have been identified as advocate Imran Mabood Khan of Allahabad and advocate Abdul Razzaq of Lucknow.