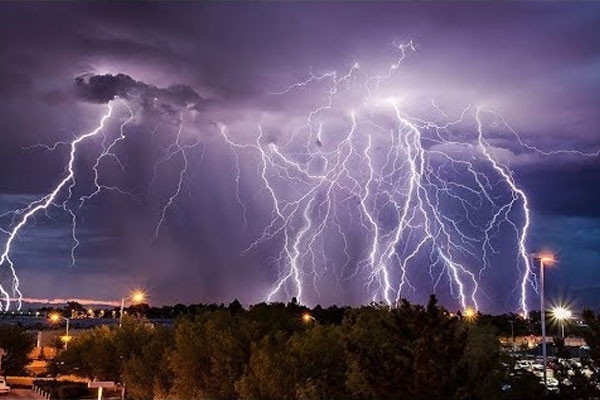 34 percent rise in the Lightning strikes in India

34 percent rise in the Lightning strikes in IndiaTop Stories

India witnessed 18.5 million lightning strikes in the country between April 2020 and March 2021. This is a significant 37 percent rise in 13.8 million bolts when compared to the last year. This is drawn as per the study by the Centre for Science and Environment (CSE) and Down to Earth. The lightning strikes increased across the globe in the past few years and this hints of the massive climate changes. 1697 people died due to lightning in the past one year. Weather experts say that this is due to the unchecked urbanization and climate change. Rapid urbanization and population growth intensified the human exposure to lightning hazards.

Indian states of West Bengal, Jharkhand, Bihar, Punjab, Uttar Pradesh, Madhya Pradesh, Haryana, Himachal Pradesh and Puducherry have witnessed a huge rise in the lightning strikes. Punjab saw a rise of lightning strikes by 331 percent. 401 people passed away due to such incidents in Bihar in a year which is 168 percent rise in the deaths. National Disaster Management Authority said that lightning strikes are the single largest killers among the natural disasters in the country. A study that was conducted by the University of California said that a rise in the global temperature by 1 percent will increase the lightning frequency by 12 percent. The journal of Atmospheric Chemistry also said that lightning incidents will increase by 10 to 25 percent every year.

The Meteorological Department (IMD) started lightning forecasts in the country on April 1st, 2019. Several bodies are in plans to reduce the yearly deaths due to lightning strikes by less than 1200 by the end of 2022.