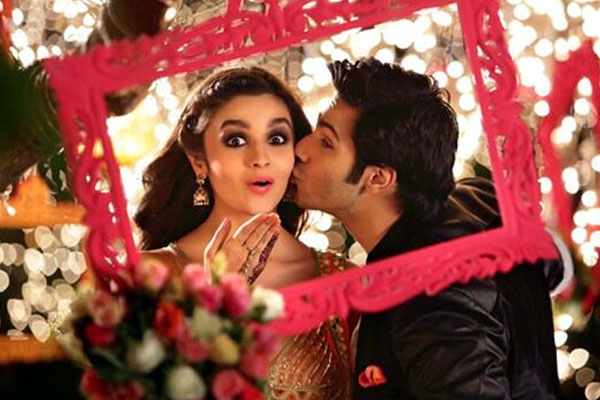 Gone are those days when lip-locks and intimate scenes were as common as dirt (no-pun intended)! From now on, expect Bollywood films to reveal as little skin as possible and be conservative in its public display of affection (read kiss or sex). Ask why? Well, we will come to that later.

First listen to this. The Central Board of Film Certification (CBFC) has decided to axe a smooch sequence in the second trailer of Karan Johar's upcoming next "Humpty Sharma Ki Dulhania" (HSKD).

Starring Varun Dhawan and Alia Bhatt, the kissing scene seemed to squeam the censor board who have ask KJo to skip it.

When asked why, censor board cited the board's new outlook with the change of the guard in the central government. It revealed that from now on, regional censor boards have been asked to handle  sequences like intimate scenes with sensitivity.

The censorship was confirmed by Dharma Productions CEO Apurva Mehta.

"Yes, the censor board has asked us to delete the kissing scene and we have done the needful respecting its concerns," Mehta stated.

There have been several cases where the Censor Board's objection has caused hue and cry among filmmakers. One such case in Vidya Balan starrer "Dirty Picture"  where it demanded 59 cuts.

Director Anurag Kashyap has raised his voice against the board's guidelines to censor smoking scenes in the film, which he feels is interfering in filmmaker's creative license.