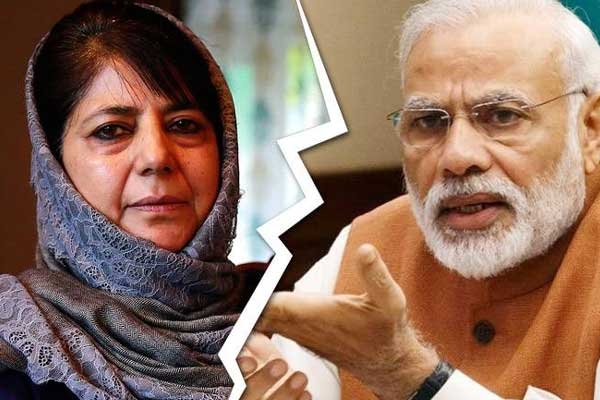 Governor Rule to Be Imposed In J&K for 8th Time in 4 Decades Jammu and Kashmir has come under governor's rule on seven occasions before in the…
https://mail.wishesh.com/ 19 Jun, 2018 19 Jun, 2018

Jammu and Kashmir has come under governor's rule on seven occasions before in the last four decades and an eighth spell looks imminent with the collapse of the PDP-BJP alliance on Tuesday.

Also, if such a scenario emerges with prospects of a new government unlikely, it will be for the fourth time that the state will be placed under central rule during NN Vohra's tenure as governor. Vohra, a former civil servant, became the governor on June 25, 2008.

The BJP pulled out of its alliance with the PDP, saying it has become impossible to continue in the government in view of the growing radicalism and terrorism in the state.

Ironically, late PDP chief Mufti Mohammad Sayeed, the father of incumbent chief minister Mehbooba Mufti and her predecessor, was an important player in the political developments of the state that led to the imposition of central rule on the previous seven occasions.

Mufti Sayeed's death was the cause for the last promulgation of the governor's rule on January 8, 2016 after allies - PDP and BJP - deferred the government formation process till the end of the four-day mourning period.

Invoking Section 92 of the Constitution of Jammu and Kashmir, Vohra promulgated governor's rule after approval by then President Pranab Mukherjee. It was the seventh time governor's rule was promulgated in the state since Independence, the first being in March 1977. The central rule came to an end after Mehbooba Mufti was sworn in as the chief minister on April 4, 2016.

Governor's rule was imposed for the first time on March 26, 1977 during the tenure of governor LK Jha after state Congress - then headed by Sayeed - withdrew support to the minority government of Sheikh Mohammad Abdullah of National Conference. Sheikh had come to the power following an accord with then prime minister Indira Gandhi in 1975.