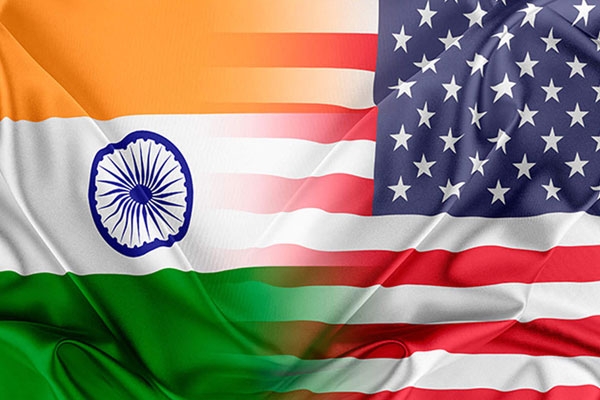 Donald Trump Jr. Shares Interests of Working With Allies For Improving Safety Trump Jr said, he wants America to work with “its incredible allies” like India and use democracy as a ray of light for everyone to learn from.
https://mail.wishesh.com/ 14 Dec, 2019 14 Dec, 2019

Donald Trump Jr, the eldest son of the President Donald Trump said he wants to make the world a safer place by working with “its incredible allies” like India and use democracy as a ray of light for everyone to learn from. Members of Indian-American were addressed in Long Island by Trump Jr and Kimberly Guilfoyle, the Senior Advisor to Trump’s 2020 Presidential Campaign and former host of Fox News, on Thursday.

Trump Jr signed copies of his book, “Triggered: How the Left Thrives on Hate and Wants to Silence Us” and spoke about his father and ties with India.

He added saying, his father fought for the cultures, beliefs and values of America stating that, “ he has done all that for Americans, a rising tide lifts all ships” and the results are there for all to see.

He said that the results that were visible were not just beneficiary for some people but for everyone around that includes the employees that are being hired, the business suppliers. He said he wanted the winning to continue and therefore he had been an advocate for the vision of Donald Trump.

"To see what he's been able to do and I imagine, in this community full of business leaders, you've seen those results yourself. But they're not just benefits for you. They are benefits for everyone around -- the employees that you hire, the businesses who are your suppliers, the beneficiaries. Everyone's winning because of this.

"And that's why I've been such an advocate for this (Donald Trump's vision) because I want to see that winning continue.

"I want to see America maintain its rightful place as the leader of the free world. I want to see them be able to work with their incredible allies, like India to make the world a safer place. To use democracy as a shining beacon of light for everyone to be able to learn from," he said.

Al Mason, an expert on global real estate investments, organized the event and was hosted by Shudh Prakash Singh, a businessman.

Trump Jr said that, being with the incredible Indian-American community was a great honour to him.

Trump Jr said that, his background with India and the Indian-American community has been since long, referring to the business ties that ‘the Trump organization’ has in India.

He referred himself as being the first one from the Trump organization to say that the company has to start doing some deals in the real estate sector with India.

As Trump Jr recalled his business experience with India, he said that it had been interesting and appreciated the entrepreneurial spirit of the Indian community.

Recalling his experience of doing business in India, Trump Jr said, "It was interesting, and certainly a little bit of a culture shock, it also made me appreciate the entrepreneurial spirit that so resides in my friends in the Indian community -- that notion that you get a deal, go and get whatever it takes to make something happen and get it going."

The eldest son of Donald Trump, Trump Jr said that the presidency of his father has been and adventurous and a wonderful journey.

comparing his father’s presidency with Bollywood, Trump Jr assured that will be entertaining and fun and said that being engaged in the game is very important for everyone.

"We do have a long year ahead. It'll be entertaining because my father will keep it so, I promise you that. It will be like Bollywood with a lot less dancing. But it will be fun, I can assure you it's going to be very important for all of us to be engaged, to be in the game."

Guilfoyle praised Harsh Vardhan Shringla, the Indian Ambassador saying, “ he represents you (Indians) so well and works tirelessly on behalf of your country.”

“We look forward to continuing great success” in bilateral relations said Guilfoyle as he referred to the ‘Howdy Modi!” event that took place in Houston highlighting the relationship between Prime Minister Narendra Modi and President Donald Trump.

She felt being lucky to have Indian-Americans who are talented and dedicated to call it their home.

"And I think we're so lucky as a country to have so many talented, dedicated, patriotic Indian-Americans making up the incredible diverse fabric culturally of this country and we're lucky that you have called it your home."

Mason said that Trump Jr values the friendship with Indian-American community and their support just like his father, Donald Trump. 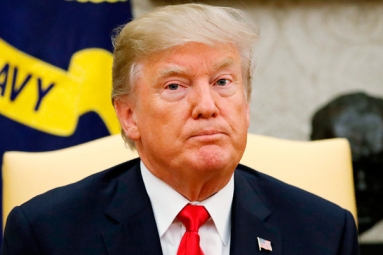 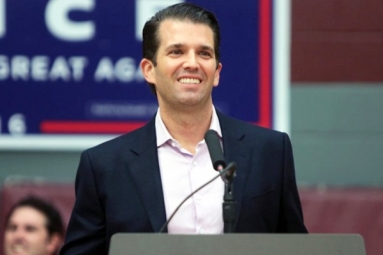 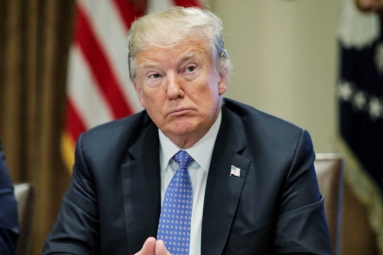 Donald Trump Misspells Bhutan and Nepal as ‘Button and Nipple’