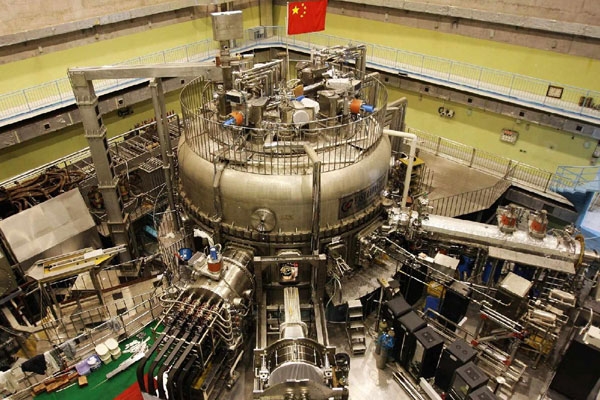 China’s Experimental Advanced Superconducting Tokamak (EAST) sets a new record after it ran at 216 million degrees Fahrenheit (120 million degrees) for 101 seconds. The artificial sun achieved a temperature of 288 million degrees Fahrenheit which is ten times hotter than the sun. The breakthrough has been significant and their goal is to keep the temperature stable for a long time. Li Miao, the director of the department of physics at the Southern University of Science and Technology in Shenzhen in China told the media. Experts say that there is a long way to go for the experimental and artificial sun. It will take decades for a working reactor to emerge as a superpower from the stages of the experiment.

The Experimental Advanced Superconducting Tokamak (EAST) is an experimental research device located at the Institute of Plasma Physics of the Chinese Academy of Sciences (ASIPP). This is to replicate the process of nuclear fusion that has the same reaction as the sun. China is also operating HL-2A reaction along with J-TEXT. This happens to be China's largest and advanced experimental research device and this happens to be a key milestone in the growth of nuclear power in China. It started its operations in 2006 and EAST has several records to date. As per the update, EAST will start operational in 2035 and it will become the world's largest nuclear fusion reactor. Several countries like India, Japan, Russia, United States and South Korea contributed to the project.