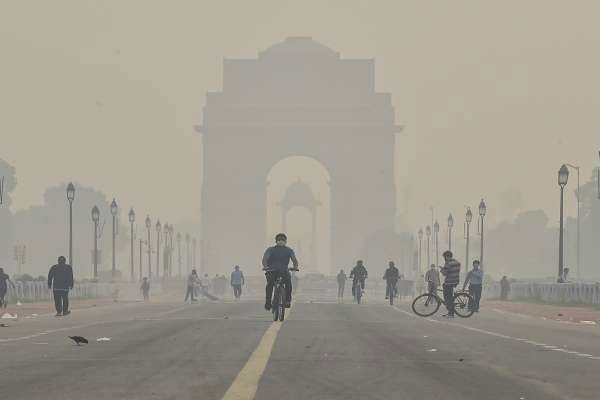 The Air Quality Index (AQI) in the national capital New Delhi has been quite low for the past few weeks. The Delhi government implemented several moves and imposed restrictions but the air quality continued to remain poor. The AQI slipped to the 'very poor' category this morning as per the reports from the System of Air Quality and Weather Forecasting And Research (SAFAR). The recorded PM10 was at 360 which falls in the category of very poor and PM 2.5 was recorded at 386. Gurugram and Noida reported an AQI of 355 and 391 respectively and SAFAR asked the people to stay indoors and warned of health effects and an increase in respiratory problems.

SAFAR told that the air quality in New Delhi will deteriorate further to AQI 428 and falls in the severe category. There is hardly any visibility in New Delhi in the mornings due to severe smog. Some of the people complained of breathing problems. The paddy burning in the neighboring states is also a concern. Some of the people wanted the government of Delhi to take strict action against those who are involved in burning that led to pollution. An AQI between 0 and 50 is considered good and between 51-100 is considered satisfactory. The government of New Delhi decided to impose a ban on the construction and demolition activities after being directed by the Supreme Court. The ban was lifted on November 22nd. All the schools, colleges and educational institutions are closed because of the poor air quality in the national capital.