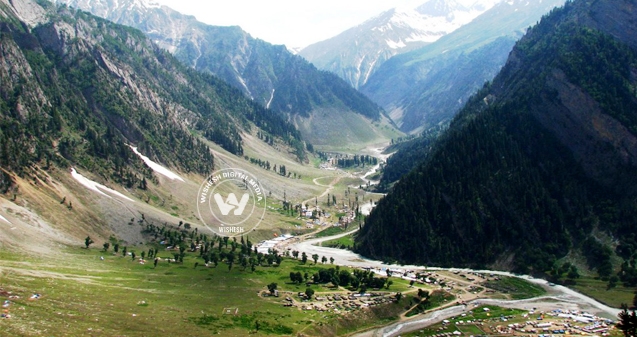 The fact has come into prominence that the Amarnath yatra remained postponed for the second day on Saturday due to the impact of curfew obeyed in many parts of Kashmir Valley as well as Ramban district on the Jammu-Srinagar National Highway due to the firing incident in Gool area. The official sources explained that as a result of that no fresh batch of pilgrims was permitted to further ahead towards Kashmir from the base camp in Jammu.

Furthermore, an official spokesman said the decision to postponement of the yatra was taken in order to avoid a dangerous or undesirable event to happen. Beyond 2.5 lakh pilgrims have participated in this year’s yatra to perform the darshan of the naturally-formed ice lingam at Amarnath cave in south Kashmir. In fact, four persons experienced death on Friday when security personnel opened fire at a mob that had crowded at a BSF camp in Ramban district to declare objection against suspected manhandling of an Imam of the area by the force.

After all precaution is better than cure!