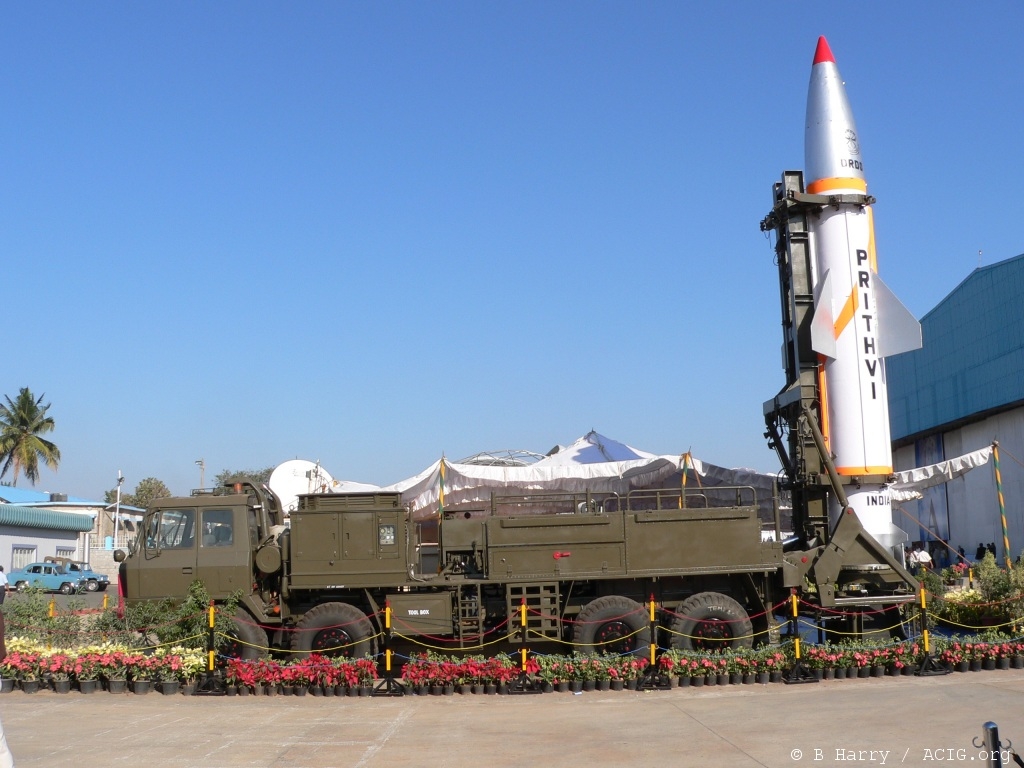 India successfully test-fired indigenously developed,  nuclear-capable Prithvi II surface-to-surface missile on Friday. Prithvi II missile, with a range of 350 km, was tested from a military base, near Balasore in Orissa.

Prithvi II, which has the capacity to carry 500 kg to 1,000 kg of warheads, was test fired from a mobile launcher from Chandipur at around 9.45 PM, added Prasad.

The test was conducted by Indian Army's Strategic Forces Command (SFC) as a regular training exercise.

Prithvi II is part of the Integrated Guided Missile Development Programme of India under which the country has undertaken to develop five missiles. Prithvi II missile is one of them.

The the entire launch activities were monitored by DRDO scientists.