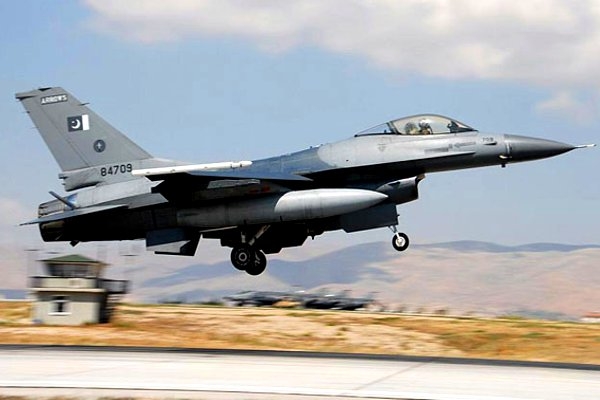 US senators have strongly opposed the use of taxpayers' money for military aid to Pakistan. Congressional sources said that the voting of some two-dozen influential senators reflects the strong anti-Pak sentiment prevailing. None of the senators, even though they voted for the motion to disallow tabling of the resolution seeking preventing the sale of F-16 to Pakistan, spoke in support of Islamabad.

"I continue to oppose any taxpayer dollars being used at this time to support this sale given that Pakistan is providing safe haven to terrorist groups and refusing to target the Haqqani network, which attacks US troops and threatens the future of Afghanistan," Senator Bob Corker said on the Senate floor.

"Prohibiting a taxpayer subsidy sends a much-needed message to Pakistan that it needs to change its behaviour, but preventing the purchase of US aircraft would do more harm than good by paving the way for countries like Russia and China to sell to Pakistan while also inhibiting greater cooperation on counter terrorism," Corker said.

“We don’t have enough money to be sending it to Pakistan. I can’t in good conscience look away as America crumbles at home and politicians tax us to send the money to corrupt and duplicitous regimes abroad,” Paul said.

“If we move forward with these sales without putting some markers down, I think we potentially not only do damage to holding Pakistan’s feet to the fire in terms of the threat of terrorists in Afghanistan and elsewhere in the region, but also potentially could do damage to one of the most important relationships our country has, and that is the strategic relationship between the US and India,” Senator Mark Warner said.

“The US can no longer give Pakistan a pass, whether it is actions in the region vis-a-vis Afghanistan or within their own country but also in terms of their unwillingness to meet India even halfway in terms of trying to bring a greater stability to one of the regions that could potentially be a tinderbox in terms of the border regions between India and Pakistan,” he said.