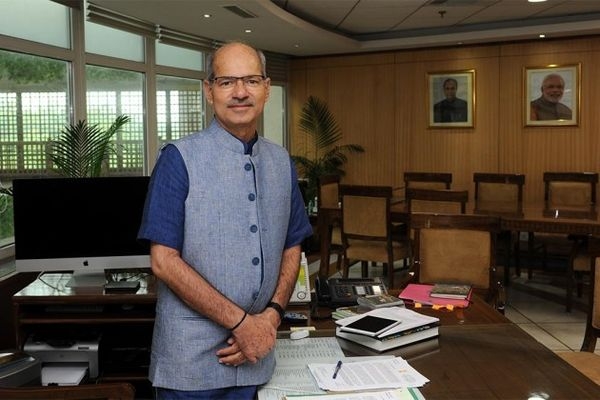 India’s Union environment minister, Anil Madhav Dave passed away on Thursday at the age of 60.

Mr. Dave, who is a member of upper house (Rajya Sabha) in the Indian parliament, sworn in as a minister with independent charge of environment, forest and climate change in 2016.

A senior officials of the environment ministry on Wednesday said:  “The minister is unwell and has not been coming to the office. We brief him at his residence.”

The minister’s death was condoled by senior politicians, including Prime Minister Narendra Modi, who tweeted that he was in a meeting with Dave ji on Wednesday evening and described demise as a personal loss.

“Anil Madhav Dave ji will be remembered as a devoted public servant. He was tremendously passionate towards conserving the environment,” Modi tweeted.

Born in Barnagar in the state of Madhya Pradesh, Dave was a member of Rashtriya Swyamsewak Sangh (RSS) since childhood. His first major political role was as a adviser to then chief minister of Madhya Pradesh Uma Bharti in 2004.

After Uma Bharti was replaced by Shivraj Singh Chouhan, Dave started working on environment related issues on river Narmada in Madhya Pradesh and Gujarat, and was nominated to the Rajya Sabha in 2009.

During a event in 2015 Uijain Kumbh mela, Narendra Modi was impressed with his organization of a seminar on Hinduism and rivers. Experts from across the globe attended the three-day conference inaugurated by PM Modi. And a few months later, Dave was nominated as environment minister.

From the beginning of his term as a minister, he had shown his disdain for environment activists by saying that “he will not talk with those who give speeches sitting in air-conditioned offices.”

Dave rubbished a study conducted by a Health Effects Institute that said, about 1.1 million Indians died because of air pollution in 2015 and requested the health ministry to conduct a study on the impact of air pollution.

The Forest Advisory Committee on Wednesday gave its conditional principle approval to the project that will submerge one-third of Panna tiger reserve in Madhya Pradesh and will provide irrigation to 635,000 hectares of drought prone Bundelkhand.

Dave took policy initiatives like delegating power to give environment clearance to building projects to the stat governments.

He also pushed the approval for  genetically modified Mustard, which was stalled for the past two years.