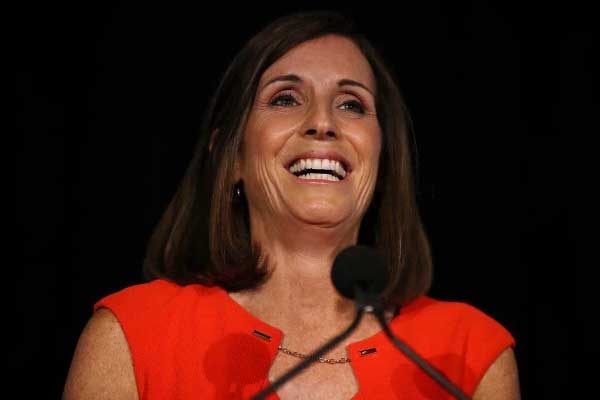 Representative Martha McSally won the Republican Senate primary in Arizona on Tuesday, beating many conservative challengers in another political contest that had evolved into a test of loyalty to President Donald Trump.

McSally, who was proclaimed the victor by Associated Press over former state senator Kelli Ward and former Maricopa County Sheriff Joe Arpaio, was the candidate strongly favored by the GOP establishment in the race to win retiring GOP Sen. Jeff Flake.

Martha McSally, running in the Arizona Primary for U.S. Senate, was endorsed by rejected Senator Jeff Flake....and turned it down - a first! Now Martha, a great U.S. Military fighter jet pilot and highly respected member of Congress, WINS BIG. Congratulations, and on to November!

The competition for Flake's seat was shadowed by the death of the state's other Republican senator, John McCain. GOP Governor Doug Ducey will appoint a temporary replacement, who will serve until a new senator is elected 2020.

In the quest to win a Senate majority, the Flake seat is one of the Democrats' top targets or at least to gain seats. McSally, a former Air Force fighter pilot, will face Democratic Rep. Kyrsten Sinema, who had no earnest opponent in the Democratic primary, in what will be a national marquee race.

Although Flake was one of Trump's most outspoken GOP critics, the primary to succeed him centered on who could claim to be the president's closest ally. McSally, who had kept her distance from Trump during the 2016 campaign and has declined to say whether she voted for him, tacked to the right and depicted herself as a Trump loyalist.

A hardened opponent of illegal immigration, Arpaio, earlier this year received a pardon from Trump after being convicted of charges in connection with his department's immigration raids.

Ward had prompted praise from Trump when she mounted a primary challenge to Flake before he decided to retire. She drew criticism in recent days when she accused McCain's family of announcing the end of his cancer treatment to undercut her campaign.