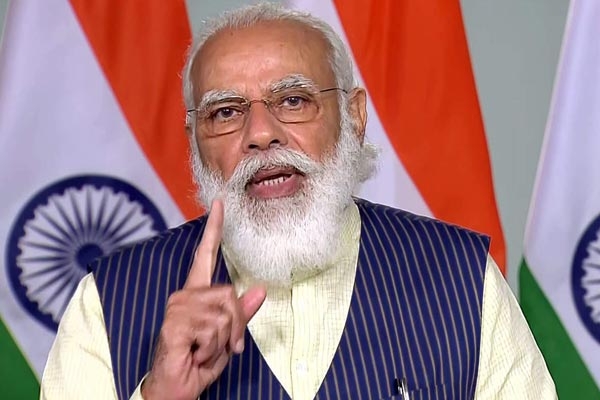 Narendra Modi Calls for a Peaceful End to Maritime Disputes

Narendra Modi chaired the United Nations Security Council (UNSC) meeting on Monday and he said that the maritime disputes between the nations have to be resolved peacefully. He said that the maritime connectivity infrastructure projects should be taken into account. He said that there should be global standards and norms for a responsible system. Modi announced five principles for a global framework for the maritime security cooperation. He reminded about how India resolved the issues with Bangladesh peacefully. Modi addressed the open debate on 'Enhancing Maritime Security: A Case for International Cooperation' virtually last evening.

China which is a permanent member of the UNSC has maritime disputes with several Southeast Asian countries along with Japan and the Philippines. China took maritime connectivity infrastructure projects with Sri Lanka and this landed into controversy because of the debt burden. Indian negotiators toled to get the reference to UNCLOS that was acceptable to China. The UNCLOS is a framework that is applicable for the activities in the oceans to counter the illicit activities on the sea. Narendra Modi spoke flawlessly about the maritime threats from various countries. He reminded about the incidents of 26/11 when the terrorists from Pakistan used the sea route to attack Mumbai.

Narendra Modi concluded by saying that the maritime routes are misused for terrorism and privacy.