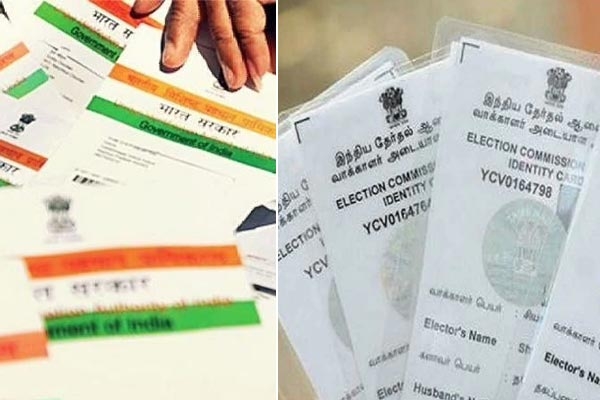 The Electoral law will be made gender-neutral for the service voters as per the new law. The panel asked the Union Law Ministry to replace wife with spouse in the provision. Former Law Minister Ravi Shankar Prasad told the Lok Sabha last year about the proposal. Here is the process of linking Aadhaar with the Voter ID:

Submit your personal details such as name, date of birth, and father’s name.

Tap on the ‘Search’ button.

Your details will appear on the screen, if your details match the government database.

Tap on the ‘Feed Aadhaar No’ option visible on the left side of the screen.

A pop-up page will appear where you will have to fill in your name as mentioned in the Aadhaar card, Aadhaar number, voter ID number, registered mobile number, and/or registered email address.

You will get a message that your application has been registered successfully.