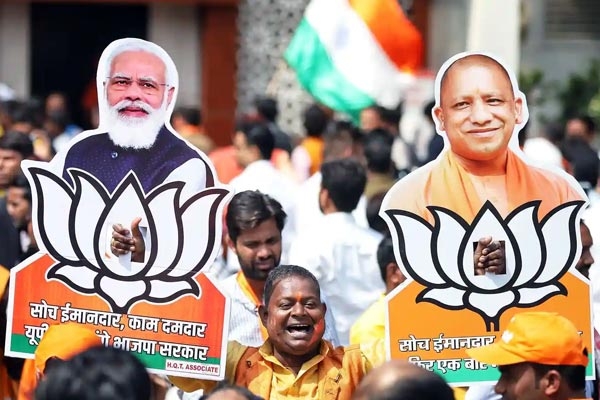 The Election Counting for the Assembly seats in the states of Uttar Pradesh, Uttarakhand, Goa, Manipur and Punjab started this morning. BJP reported a huge majority in 260 constituencies in Uttar Pradesh and is heading for a clear victory in the state. BJP reported considerable leads in the states of Uttarakhand, Goa and Manipur. In Punjab, Aam Admi Party surprised everyone and is heading for a clean victory leaving BJP and Congress in deep shock. AAP is leading in more than 80 constituencies in Punjab which is a clear sign that AAP will form the government in the state. BJP is leading in 40 seats in Uttarakhand and the Congress CM candidate Harish Rawat is trailing.