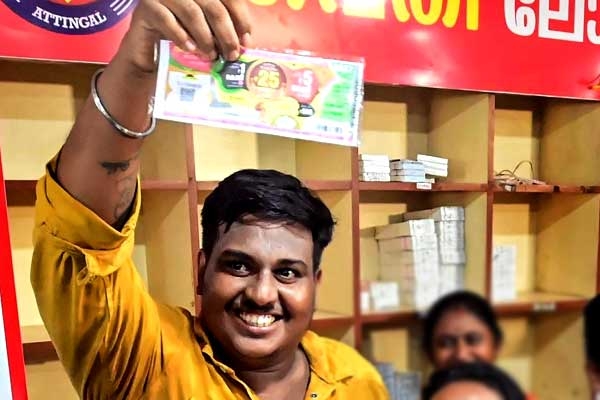 The State Lottery Department of Kerala announced the results of the Onam Bumper 2022 yesterday at 2 PM and an auto driver from the state won the first prize of Rs 25 crores. The Onam Bumper Lottery was won by an auto driver from Sreevaraham near Thiruvananthapuram. The auto driver is identified as Anoop who worked as a chef in a private hotel in the state. Anoop purchased a lottery ticket from Bhagavathy Agency on Saturday with the ticket number TJ 750605. He will get Rs 15 crores and 75 lakh rupees after all the taxes are deducted. Anoop is all excited and is happy with the lottery. He was in plans to fly to Malaysia soon to work as a Chef.

Anoop approached a local bank for a loan and his loan was sanctioned recently. KN Balagopal, the state's Finance Minister was the Chief Guest for the lucky draw and he took the draw in the presence of transport minister Antony Raju and Vattiyoorkavu MLA V K Prasanth yesterday. This is the highest ever lottery price in the history of Kerala. Rs 5 crores was the second prize and the third prize was offered for ten people with Rs 1 crore each. A total number of 67 lakh lottery tickets were printed for Onam Bumper Draw and all the tickets were sold out. The price of each ticket was Rs 500. The lottery ticketing happened to be one of the major sources of income for the government of Kerala. The lottery agent named Thankaraj will also get a commission for the prize.