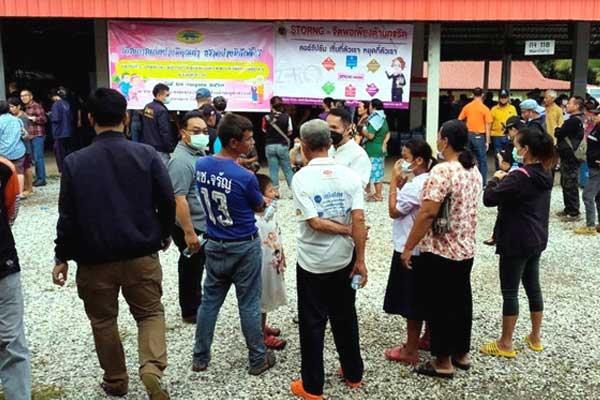 Almost 34 people have been killed in a mass shooting that took place today in Thailand. The incident took place at a day-care center and 22 children passed away among the 34. The culprit was identified as a former cop who killed his wife and child before the mass killing. After killing 34 innocents, the former policeman escaped. The children were aged as young as 2 years old. About 30 children were present at the day-care center and 22 among them were shot dead. As per the reports from the official Jidapa Boonsom, the gunman came during the lunchtime and attacked the children. Chakkraphat Wichitvaidya, superintendent of Na Klang police station said that the accused was discharged from the police force last year. He shot the staff members at the baby care center initially.

He shot a teacher who was eight months pregnant. The people initially thought that there were fireworks but they later identified that they were gunshots. The videos of the children lying in the pool of blood were posted on social media which were heartbreaking. The incident took place in the town of Uthai Sawan in the northeastern province of Nong Bua Lamphu. A mass hunt has been staged for the accused. Mass shootings never took place in Thailand and are quite rare. The Prime Minister asked all the agencies to stage a hunt for the culprit. The gun ownership is high compared to other countries in Thailand. The illegal weapons are quite common in the country. A soldier who was angry over a property deal killed 29 people and injured 57 in a mass shooting in 2020.