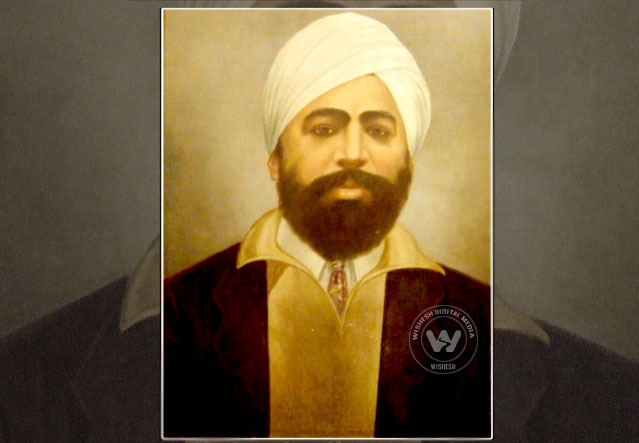 Today the 31st July is the death anniversary of the great martyr Sardar Udham Singh. He laid is life at an age of 40 for the independence of this country. He assassinated Michael O'Dwyer on 13 March 1940 as a revenge for the Jallianwalla Bagh Massacre.

Udham Singh was born as Sher Singh on 26 December 1899, at Sunam in the Sangrur district of Punjab, India, as a Kamboj Sikh. His father, Sardar Tehal Singh Jammu was a railway crossing watchman in the village of Upalli. After his father's death, Singh and his elder brother Mukta Singh, were adopted by the Central Khalsa Orphanage Putlighar in Amritsar. While in the orphanage, Singh was administered the Sikh initiatory rites and received the name of Udham Singh. He passed his matriculation examination in 1918 and left the orphanage in 1919.

On 10 April 1919, a number of local leaders, including Satya Pal and Saifuddin Kitchlew were arrested under the Rowlatt Act. Protestors against the arrests were fired on by British troops, British banks were burned and four Europeans were killed. On 13 April, over twenty thousand unarmed protestors assembled in Jallianwala Bagh, Amritsar. Singh and his friends from the orphanage were serving water to the crowd. Troops were dispatched to restore order after the riots under the command of Brigadier-General Reginald Dyer. Dyer ordered his troops to fire without warning on the assembled crowd in Jallianwala Bagh. People tried to escape by climbing the park walls or jumping into a well for protection. An estimated 379 people were killed and over 1,200 were wounded. Singh was deeply affected by the event. The governor of Punjab, Michael O'Dwyer supported the massacre and Singh held him responsible.

Singh became involved in revolutionary politics and was deeply influenced by Bhagat Singh and his revolutionary group. In 1924, Singh became involved with the Ghadar Party, organizing overseas Indians towards overthrowing colonial rule. In 1927, he returned to India on orders from Bhagat Singh, bringing 25 associates as well as revolvers and ammunition. He was arrested for possession of unlicensed arms. Revolvers, ammunition and copies of a prohibited Ghadar Party paper called "Ghadr-i-Gunj" ("Voice of Revolt") were confiscated. He was prosecuted and sentenced to five years in prison.

Upon his release from prison in 1931, Singh's movements were under constant surveillance by the Punjab police. He went to Kashmir, where he was able to evade the police and escape to Germany. In 1934, Singh reached London, where he planned to assassinate Michael O'Dwyer.

On 13 March 1940, Michael O'Dwyer was scheduled to speak at a joint meeting of the East India Association and the Central Asian Society (now Royal Society for Asian Affairs) at Caxton Hall. Singh concealed his revolver in a book and entered the hall and stood against the wall. As the meeting concluded, Singh shot O'Dwyer twice as he was moving towards the speaking platform, killing him immediately. Singh did not attempt to flee and was arrested on site.

On 1 April 1940, Singh was formally charged with the murder of Michael O'Dwyer. On 4 June 1940, his trial commenced in the Central Criminal Court, Old Bailey, before Justice Atkinson. When asked about his motivation, Singh explained:

I did it because I had a grudge against him. He deserved it. He was the real culprit. He wanted to crush the spirit of my people, so I have crushed him. For the full 21 years, I have been trying to wreak vengeance. I am happy that I have done the job. I am not scared of death. I am dying for my country. I have seen my people starving in India under the British rule. I have protested against this, it was my duty. What a greater honour could be bestowed on me than death for the sake of my motherland?

Singh was convicted and sentenced to death. On 31 July 1940, Singh was hanged at Pentonville Prison and buried within the prison grounds.