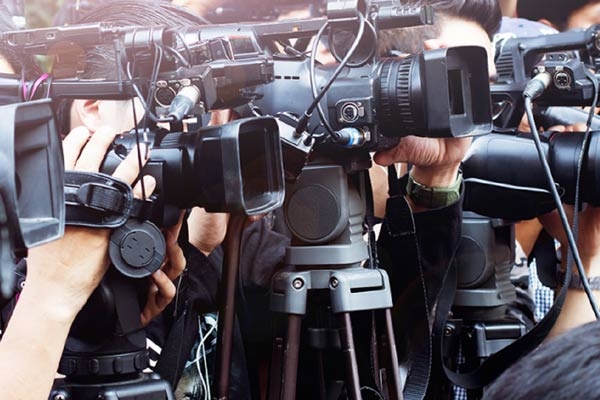 World Press Freedom Day: India Ranked 140 in List of Countries Ranked for Free Media The report released in April said that at least six journalists were killed in India in the year 2018.
https://mail.wishesh.com/ 03 May, 2019 03 May, 2019

The World Press Freedom Day 2019 is observed globally on May 3, as declared by the United Nations General Assembly. This year, the theme for the day that marks the freedom of the press across the world is 'Media for Democracy, Journalism, and Elections in Times of Disinformation'.

India’s ranking in the World Press Freedom Index in the year 2019 has gone down to the 140th place. In the rankings that were released by Reporters Without Borders last month, India was put under the 'difficult situation' tag with respect to the freedom of the Press.

The report released in April said that at least six journalists were killed in India in the year 2018. The report observed that among those who attacked journalists in India are the police, Maoists, criminal groups and corrupt politicians.

"These murders highlighted the many dangers Indian journalists face, especially those working for non-English-language media outlets in rural areas," the report said.

The report also highlighted the plight of women journalists in India and spoke about the #MeToo movement. "The campaigns are particularly virulent when the targets are women. The emergence of a #MeToo movement in the media in 2018 has lifted the veil on many cases of harassment and sexual assault to which women reporters have been subjected,” it said.

Norway has been ranked first in the 2019 Index for the third year running while Finland has taken the second place and the Netherlands at 4th. As for the countries with the worst press freedom index, both Vietnam (176th) and China (177th) have fallen one place and Turkmenistan (down two at 180th) is now last, replacing North Korea (up one at 179th).