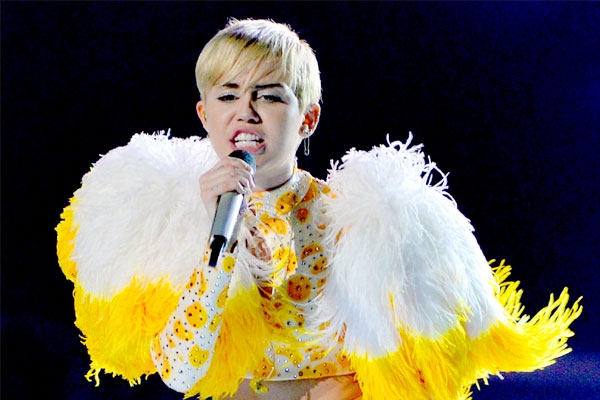 (Image source from: Miley Cyrus in trouble for wrapping Mexican flag around her fake butt})

When it comes to Miley Cyrus concerts, it's hard not to expect something weird. From flaunting a fake butt to lighting up a joint, the “Wrecking Ball” songstress has tried all kind of antics up on stage. But this time, she has taken things a little too far by wearing the Mexican flag in the most disrespectful way. 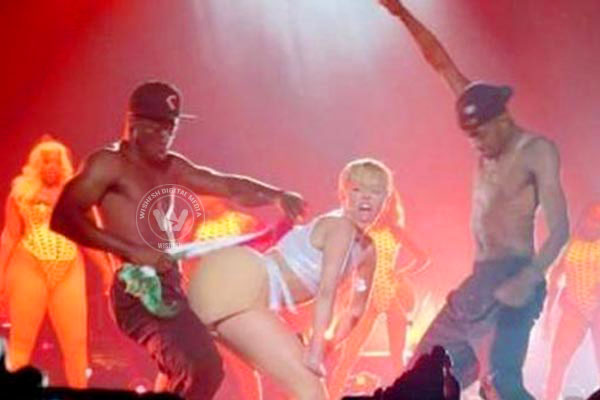 Mexican officials have been let down by her act. Now the congress of the state of Nuevo Leon wants her to be prosecuted. The crime of desecration carries a $1,200 fine and a 36 hour jail sentence.

Miley along with her male troop did some sleazy dancing including spanking and twerking on the stage wearing fake butt.

Incidentally, Miley is not the first celebrity to be taken into books for this kind of an incident. In the past, Paulina Rubio was fined $4K for appearing naked on a magazine cover wearing just the Mexican flag.