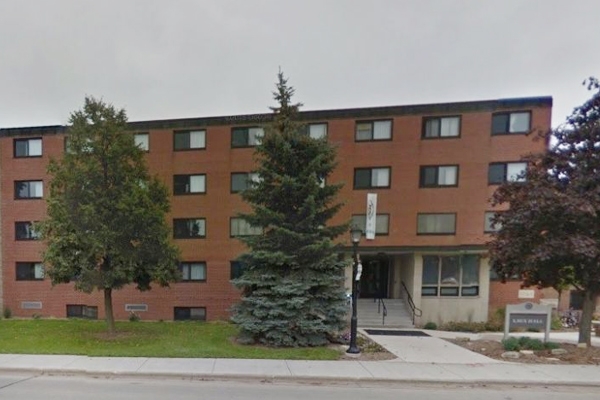 A University of Wisconsin-La Crosse student had lodged a serious complaint for his campus’ official “Hate Response Team”, he was “very upset” by a Harry Potter mural in a college dorm.

The mural, in the Laux Residence Hall, depicts Neville Longbottom, a character from the Harry Potter films. The nerdy Neville had been played by actor Matthew Lewis, who blossomed into a notable hunk post-puberty. According to the mural’s caption, by a stay at the Laux Residence Hall itself, mural showed him as both a geeky boy and an attractive young man, transformed,

The depiction of this metamorphosis as written by the offended student, whose name is redacted “represents our ideal society and everything I am trying to fight against . It represents white power. Man power. Cis power. Able power. Class power. ECT [sic] ect. I am angry that I know the people who put this mural up, and I am anger [sic] because I know the people who let this mural be put up. Like I said earlier, maybe I am being a little sensitive, but it is how I feel. This represents, to me, our society, and I do not want it up on this wall. Why do we need a BEFORE and AFTER?”

The complaint, unearthed by a Heat Street records requested for reports of bias on UW-La Crosse’s campus, had been filed in April. By deadline, neither of the students who painted Neville Longbottom’s poster had responded to Heat Street’s inquiry.