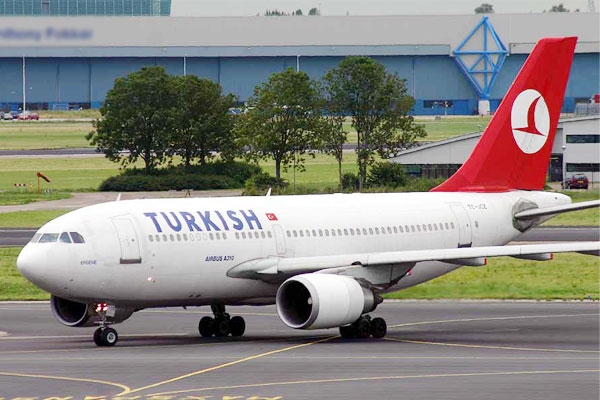 A Turkish Airlines flight had to make an emergency landing at Delhi's IGI airport following a bomb threat. The flight was on the way from Bangkok to Istanbul. The CISF control room has received a call from the plane and after which they have informed the Delhi Police. After the emergency landing, the plane was taken to an isolated area for searching, but no explosives were found on the plane.

There were 148 passengers and all of them have been evacuated safely.

The security alarm was raised after somebody found the writing 'bomb in cargo' on the bathroom mirror of the aircraft. The flight crew immediately contacted Nagpur ATC. Nagpur ATC guided the flight to proceed and land at Delhi airport. The scanning of entire cargo will take some time.

The complete information will be available only after the entire scanning and searching is over. As of now the threat is assumed to be false.