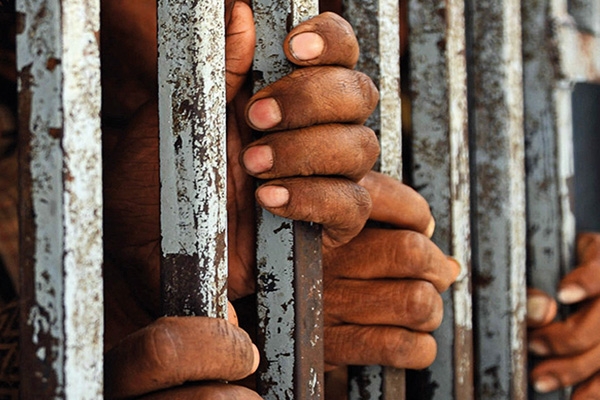 Pakistani Inmates Segregated from Indians in Kolkata Amid Tension Along LOC The Pakistani inmates will now not be permitted to move out of sensitive zones or to have contact with Indian inmates.
https://mail.wishesh.com/ 28 Feb, 2019 28 Feb, 2019

About 14 Pakistan inmates accused in high-profile terror cases in West Bengal have been segregated from Indian inmates and lodged in high-security cells in Presidency and Dumdum Correctional Homes in Kolkata.

The move comes in the wake of escalating tensions between Indian and Pakistan on the Jammu and Kashmir frontier and the recent killing of a 50-year-old Pakistani inmate in Jaipur Central Prison in Rajasthan.

As quoted by The New India Express, West Bengal Prison Minister Ujjal Biswas said, "There are televisions in the prisons in which the inmates watch the developments along the border and we never know what might happen as a result of that. We already saw an incident of a Pakistani inmate being killed in Rajasthan. So, as precautionary measures, some 14 Pakistani inmates accused in several high-profile cases such as American Centre Attack and Khadims' owner kidnapping have been segregated from Indians. Being high-profile convicts, the Pakistani inmates were already lodged in high-security cells."

The Pakistani inmates will now not be permitted to move out of sensitive zones or to have contact with Indian inmates. In addition, a close watch is being kept on the inmates’ day-and-night, according to sources.

Six days after the Pulwama terror attack, Pakistani prisoner Shakarullah was stoned to death by three Indian inmates after a quarrel at Jaipur Central Prison on February 20.