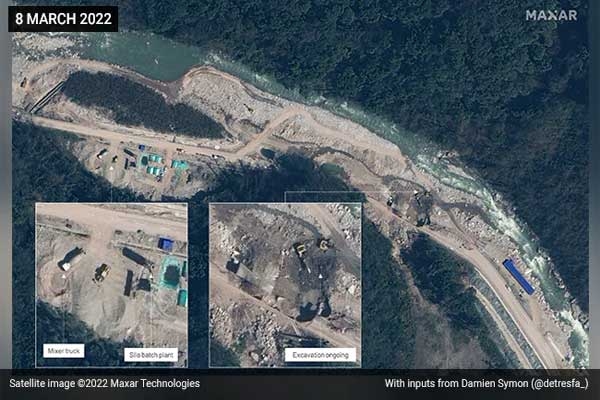 Tension Triggers Again at the India and China BorderTop Stories

After months of negotiations, the border issue between India and China got settled. Both these nations came to an agreement on the disengagement of troops from the Patrolling Point 15. These conclusions were made after high-level talks between both the countries. There are serious movements coming from the side of China after which the Indian government got alerted. The 16th round of talks were held on Sunday at the Chushul-Moldo border on the Indian side of the Line of Actual Control. Both the sides agreed to be in close contact and maintain dignity through the diplomatic and military channels.

The new images have shown that China built a full-fledged village near Doklam. The satellite images have been revealed by India and the village is constructed 9 km East of Doklam where the Indian and Chinese troops fought. The village is now full and it has cars parked at the doorstep of every home. The village is called Pangda and it lies close to Bhutan. The village is a part of China's extensive land-grab in Bhutan. Indian soldiers prevented the Chinese workers from entering in Doklam region. There is a debate going on that China is working hard to bypass the Indian defences by approaching the same ridge. The Indian Army kept a seamless vigil on all the activities.

There are talks that China is in plans to construct a third village in South. A bridge near Amo Chu is constructed and the activities are clearly visible.