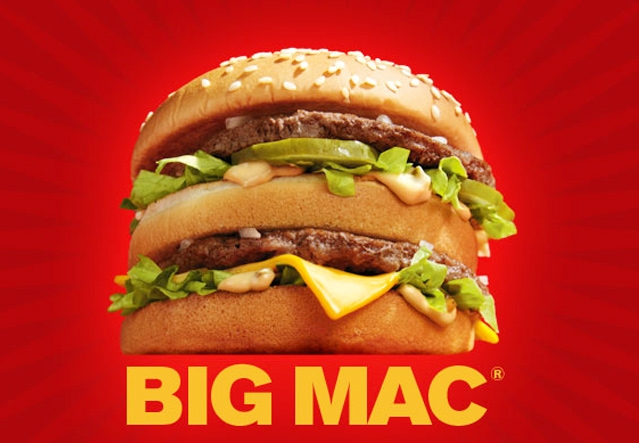 Have you ever wondered why the Big Mac you bought at McDonald's outlet looks very different from the one you see in the billboard? Were you ever disappointed by the size of the hotel pool that seemed much small compared to what you had seen at the website? Welcome to the the deceptive art of advertising, which is more fake and less real.

Companies adopt deceptive advertising to make their products appear more appealing to consumers, according to a new inforgraphic from Finances Online. The tricks adopted by commercials influence consumers into buying the product.

Inorder to make their products appear more appealing, companies replace actual ice cream with mashed potato to give it a solid appearance. Motor oil is used to enhance the appearance of honey or syrup. 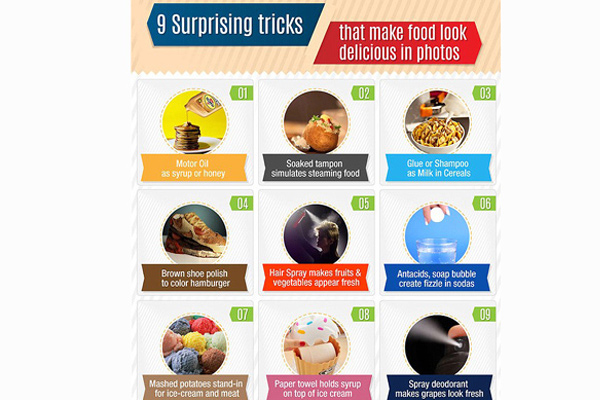 The most common examples of deceptive advertising are the images of hamburgers, where the food items appear larger and brighter than they really are. This makes consumers to believe that the food used is riper, fresher and healthier than it actually is.

The personal finances website revealed the difference between commercials and actual products, by showing a comparative picture of popular food, fashion brands, and hotels. A look into the picture will reveal how the ad images are so different from the actual products. 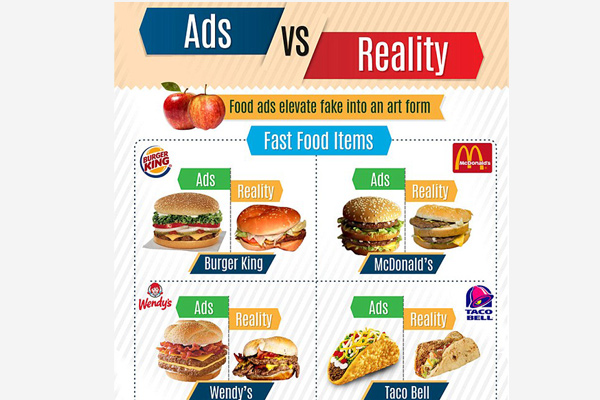 Frozen food packages are the most deceptive and repeat offenders. Brands like Smart Ones advertise their product by showing meals that are perfectly plated using fresh ingredients. To get over the legal requirement a disclaimer carrying 'ingredients not included in the purchase' is carried along with the 'serving suggestion' image. But quite often customer fails to notice the tiny caption and assume that all items depicted in the image are included in the product. 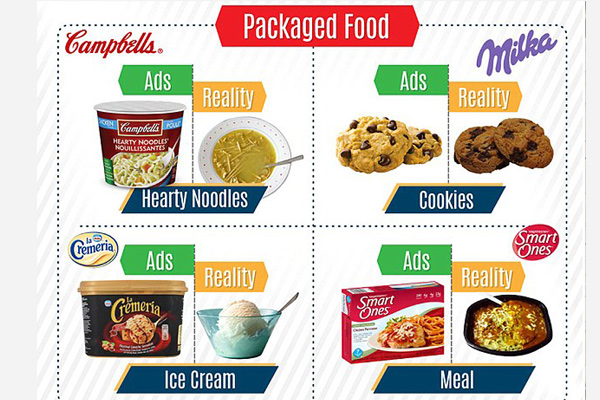 Deceptive advertising is not just limited to food products, hotels and resorts also alter images to give a fancy setting to the real surroundings of the building. 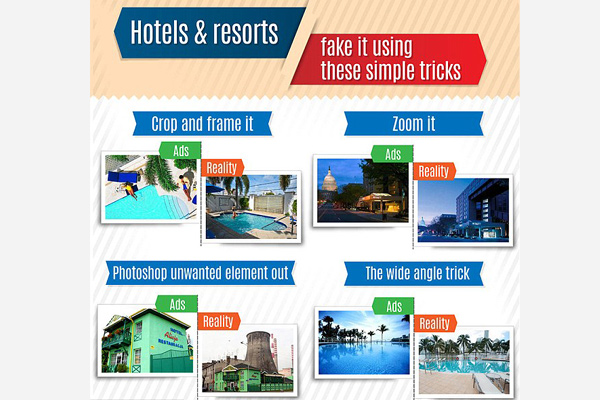 One picture carried by a hotel used a low angle to show an  infinity pool. But in reality, it was simply a round pool.

Cosmetic companies also use photoshopped pictures of the model to alter advertising messages. A make-up ad used an airbrushed picture of Julia Roberts and Christy Turlington in 2011. It was banned due to the use of 'airbrushing'. 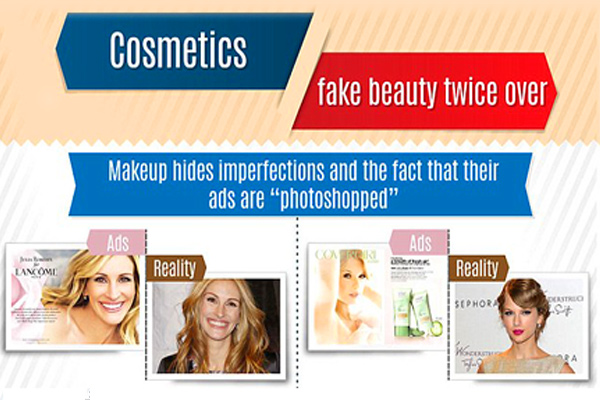 Children are the easiest target and are often duped into buying products that seem very attractive and fun. But in reality they are not what was promised. They patiently wait for a toy or outdoor paddling pool only to get a rude shock when they see that the product much smaller than seen in the advertisement. 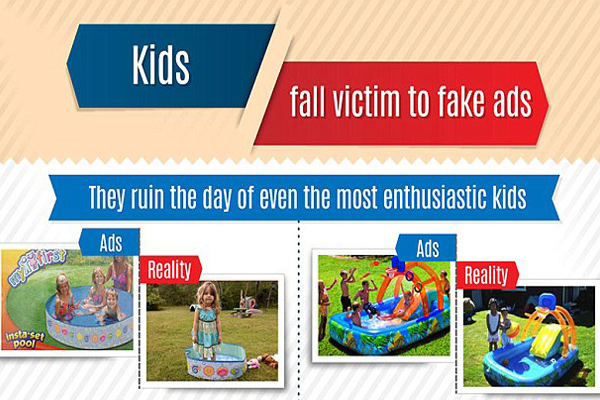 Inspite of the deceptive art, consumers continue to believe in advertising. It seems consumers don't mind being tricked into buying products that disappoints.