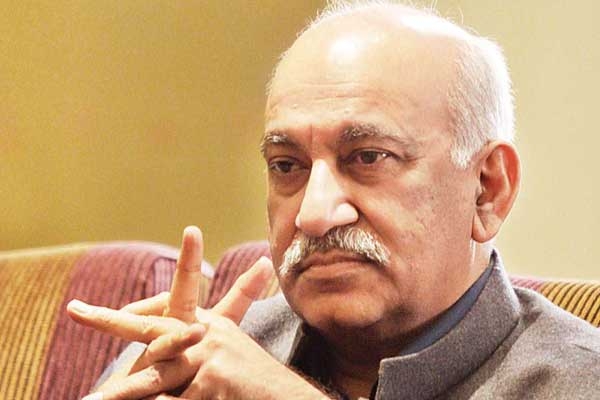 Samar Vishal, Additional Chief Metropolitan Magistrate at the Patiala House courts took notice of the complaint after an abbreviated argument by Geeta Luthra, counsel for Akbar.

The court later fixed October 31 as the date for recording of pre-summoning evidence of Akbar and his other witnesses in the case.

Akbar has resigned due to these allegations and they show the damage caused to his reputation, says his lawyer.

Advocate Geeta Luthra referred to the Akbar's reputation as a journalist and asked the court to take cognizance of his complaint, saying the allegations have caused irreparable loss to his reputation built over 40 years.

Akbar was not present in the court. He is likely to appear on the next date, October 31. The court will decide on summoning Ramani after recording the evidence of Akbar and his some other witnesses.